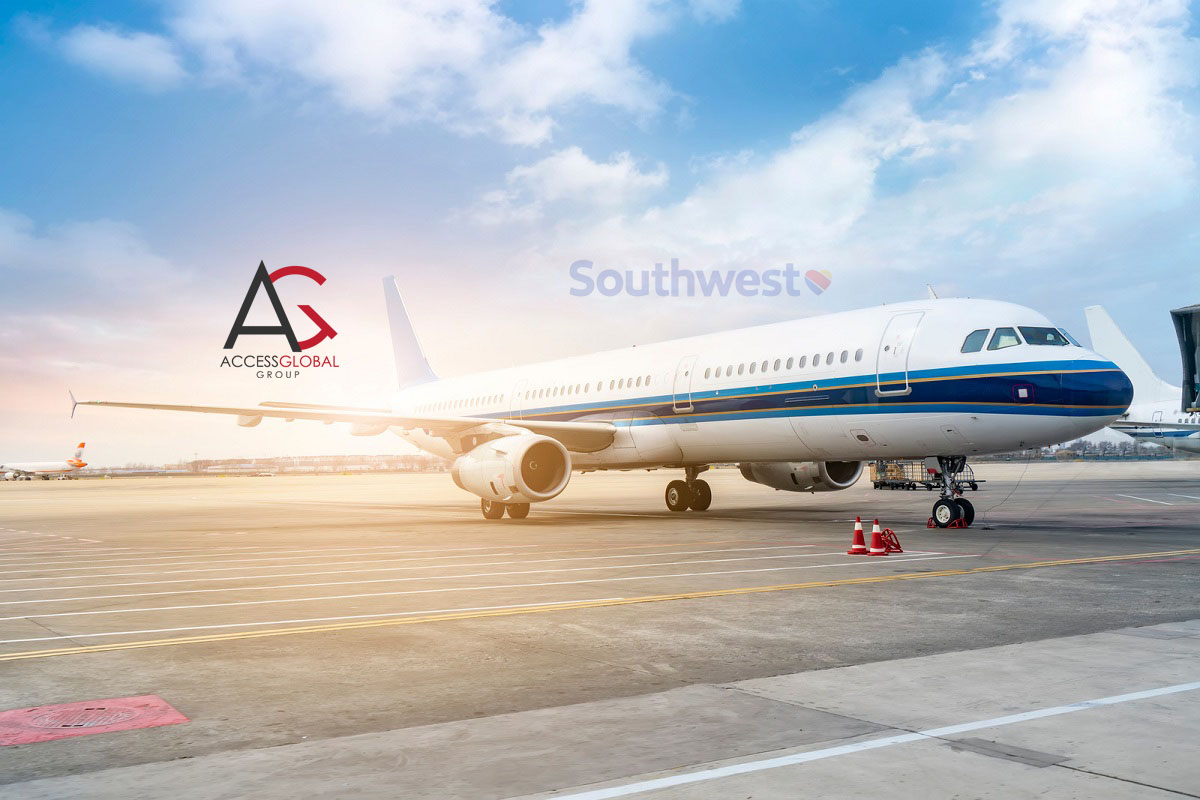 Coming home for the holidays can look like many things: piling the kids into the back of the van, shuffling luggage onto a jostling train, or braving the crowds and long lines at the airport. But one thing is for certain: traveling on or around the holidays is undoubtedly stressful. Nevertheless, it’s endured for the sake of gathering around a table laden with home-cooked meals and shared laughter over stories from holidays gone by. Yet, for many flying Southwest Airlines this year, the holiday ham glazed with cinnamon and pineapple was traded for an overpriced soda and a stale cold-cut sandwich eaten on an unforgiving airport floor. By now, we’ve all seen the photos: families huddled together as frantic travelers whiz past, stranded pilots and crew members sleeping next to stranded passengers on airport benches, and the seemingly never ending sea of lost and unclaimed luggages. It begs the question: what happened that caused such chaos for Southwest Airlines? Severe winter weather hit parts of the United States hard, causing a number of airline disruptions – but while others are bouncing back, Southwest Airlines has canceled upwards of 15,700 flights, with more cancellations still on the horizon. And unfortunately, this has become a trend for the massive airline. A technology failure back in June 2021 took days to remedy, thus resulting in hundreds of delays and cancellations. In October of that same year, more than 1,800 flights were canceled due to similar technology issues. To fully comprehend the “why” behind Southwest Airlines’ cancellations, we have to take a closer look at what challenges they’re facing. 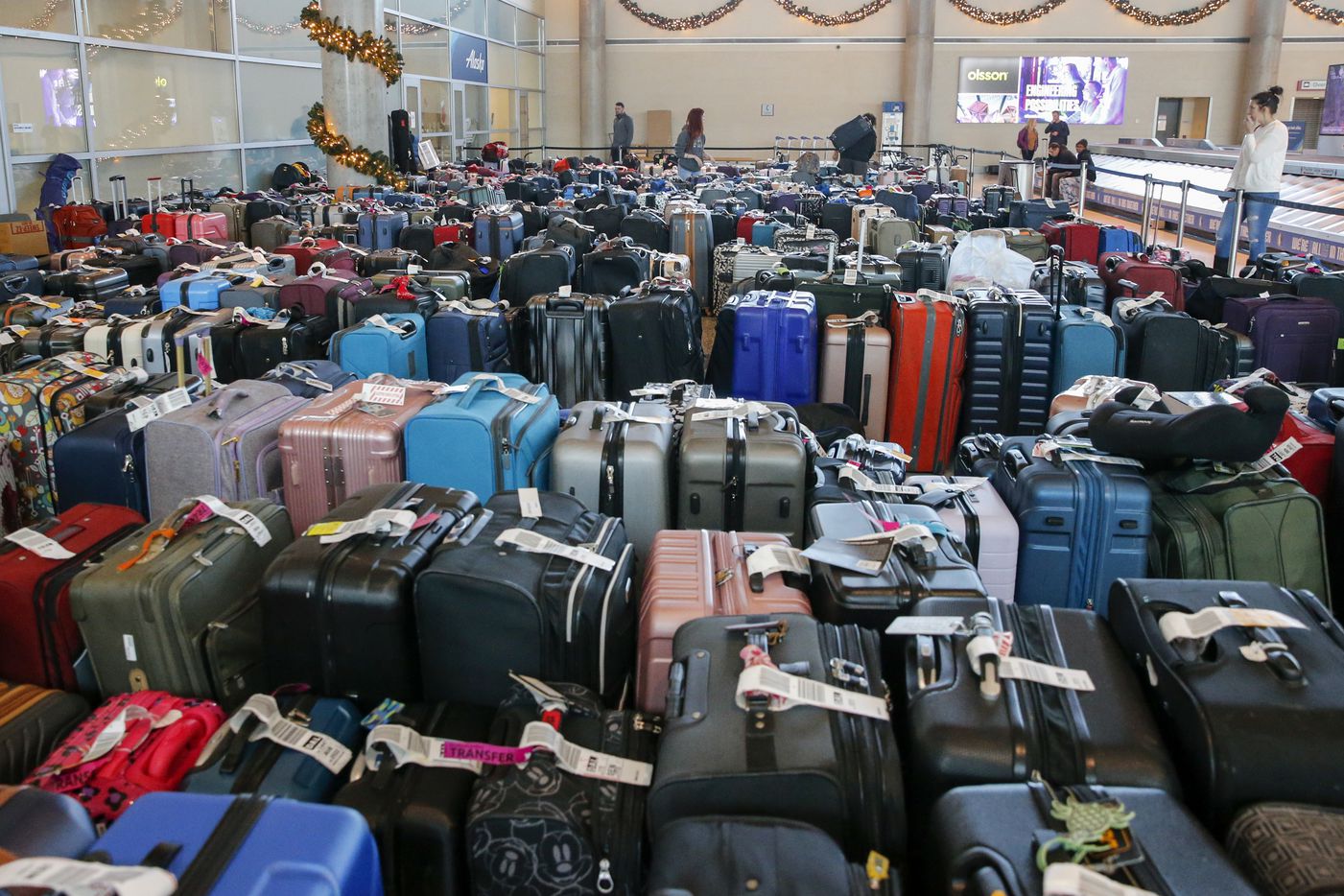 Initially, Southwest Airlines had blamed icy conditions, high winds and heavy snow for their recent holiday blunder. But as the storms calmed and problems continued to persist, it was revealed that Southwest Airlines’ recent holiday blunder was due in part to an overreliance on outdated and “rickety” technology. Ultimately, Southwest’s already thin technology system was stretched even further, creating a snowball effect that crippled operations, leaving them in a very vulnerable position. Southwest Airlines CEO, Bob Jordan, states that “We’re behind. As we’ve grown, we’ve outrun our tools.” Jordan goes on to explain that Southwest does not have a quick and automated way to contact crew members who get reassigned, instead, “someone needs to call them or chase them down in the airport and tell them” (source). And further, when flights were canceled, customers were left in a tough spot with little to no options for alternative flights. Because of all of this, it’s likely that Southwest Airlines customer service phones are ringing off the hook, resulting in increased call handling times and significant service limitations during a period of crisis. Weather is unpredictable, and for a company whose operations are determined by it, it’s paramount to have a technology solution that can pivot as quickly as the weather does. 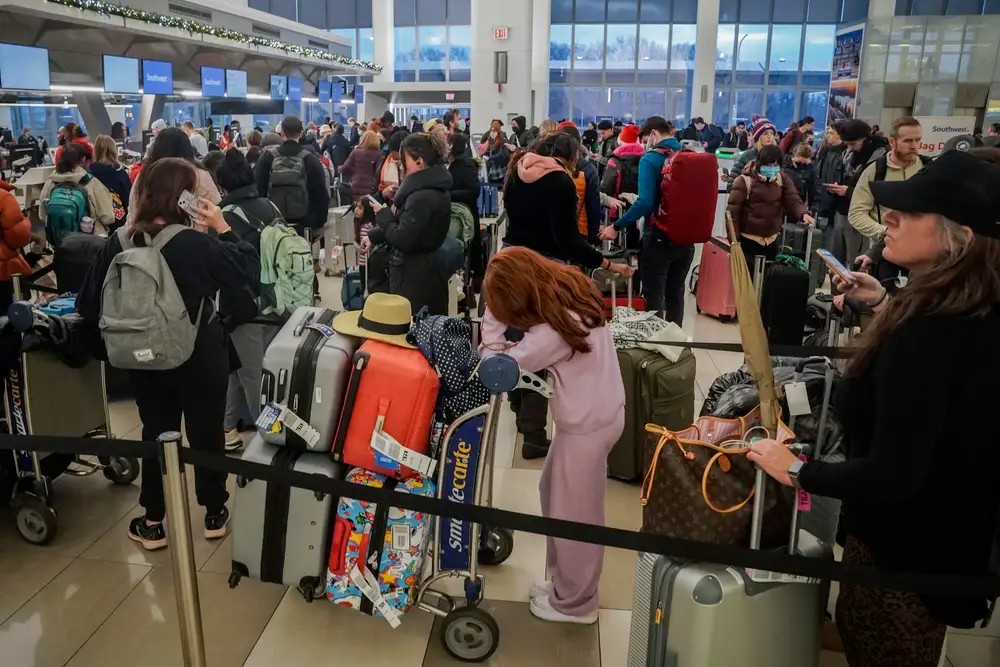 Based upon the flight debacle; it’s evident that Southwest Airlines is experiencing significant levels of operational disconnect as evidenced by the inability to effectively notify team members of a reassignment, disorganized crisis management, and more. But in reality, this is a commonly experienced issue that many companies face, as it is often the result of utilizing technology solutions that are no longer compatible with overarching goals. The good news is, you don’t have to be a world-class airline with a plethora of resources to amend it. Companies that are experiencing operational disconnects could benefit from implementing CTI using AM adapters & Cisco backend, as well as setting up Chatter & Files for internal communication and file storage. This would eliminate critical gaps in communication throughout the team and significantly improve call handling times during periods of high stress. If companies are finding themselves relying heavily on “pen and paper processes” or dated Excel sheets, they would benefit from a custom system configuration to automate key work processes, thereby eliminating cumbersome manual efforts. Finally, by connecting back-end operations with the field, it would increase productivity and ensure that employees have access to the right information when they need it most. All of this would not only remedy broken business processes and operational inefficiencies, but it would allow companies to place their customers back at the center of their efforts. 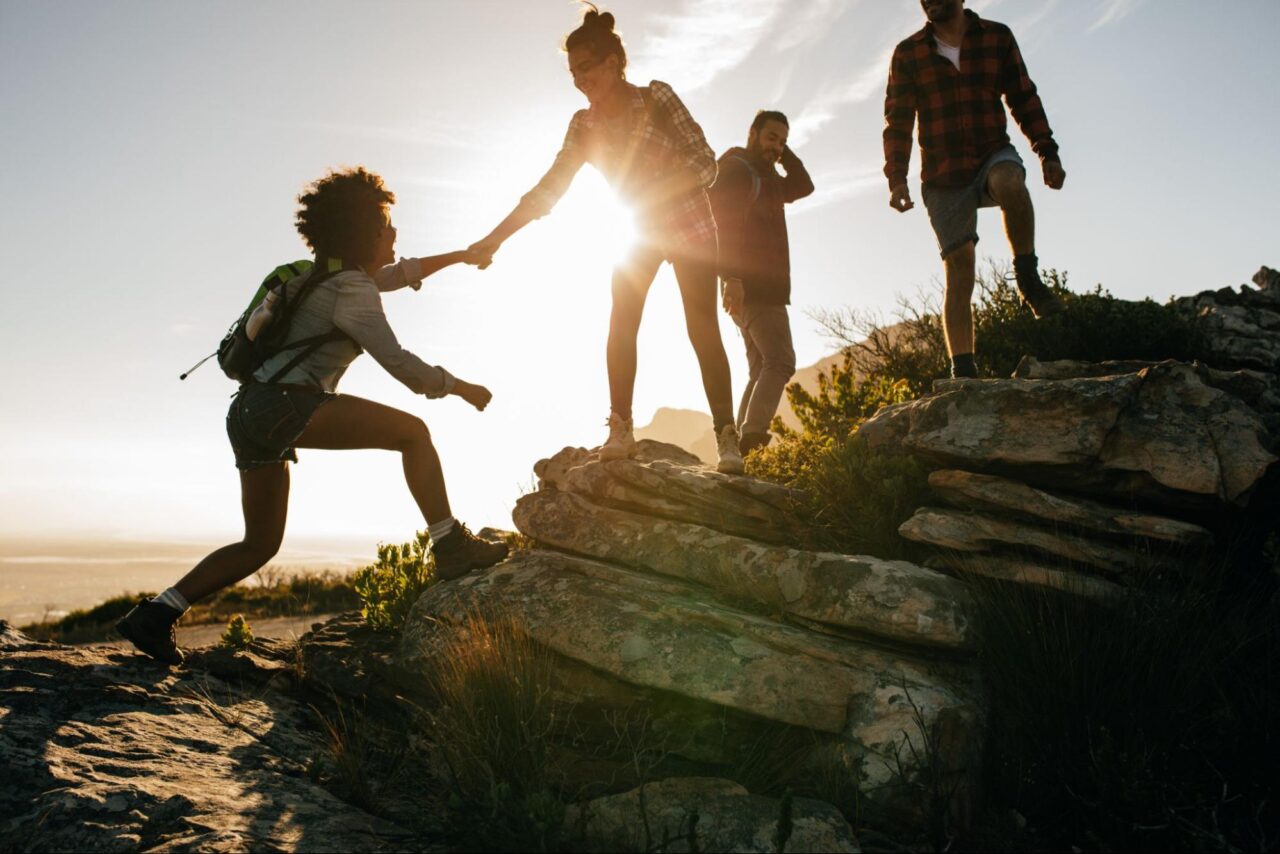 What Southwest experienced resulted from a combination of dated technology, broken business processes, and operational chaos. While Southwest has been top of mind as a result of holiday travels gone wrong, a key takeaway is the recognition that their story is not an uncommon one. Many companies face similar challenges relating to outdated processes, siloed departments, and user issues but they lack the proper and recurring technology roadmapping to overcome it. Just as we take the time to reflect on the past year, on what worked well and what did not, on the challenges we overcame, and on the lessons we learned, it is critical for businesses to do the same. Practice frequent check-ins across your teams, with your customers, and with your users. Review processes that you think are working, and see if they can be improved. Are other departments internally facing similar issues? Are there ways you can forge partnerships with other teams to do a holistic revamp of systems? Maybe you’ve already done this, and instead need to finetune some processes. Are there ways to increase collaboration across your internal teams that could potentially result in an even better customer or user experience? Let’s take the opportunity to learn from what happened to Southwest, and try to prevent it from happening to our own companies. Let’s get ahead of user issues before they become catastrophes. Access Global Group has made a name for itself by mending cumbersome technological processes and helping internal teams collaborate on business processes to drive some incredible user experiences. To anyone who resonated with this, and is looking to embark on a technology revamp to help rectify their current challenges, we would be more than happy to help your successes take flight once again. 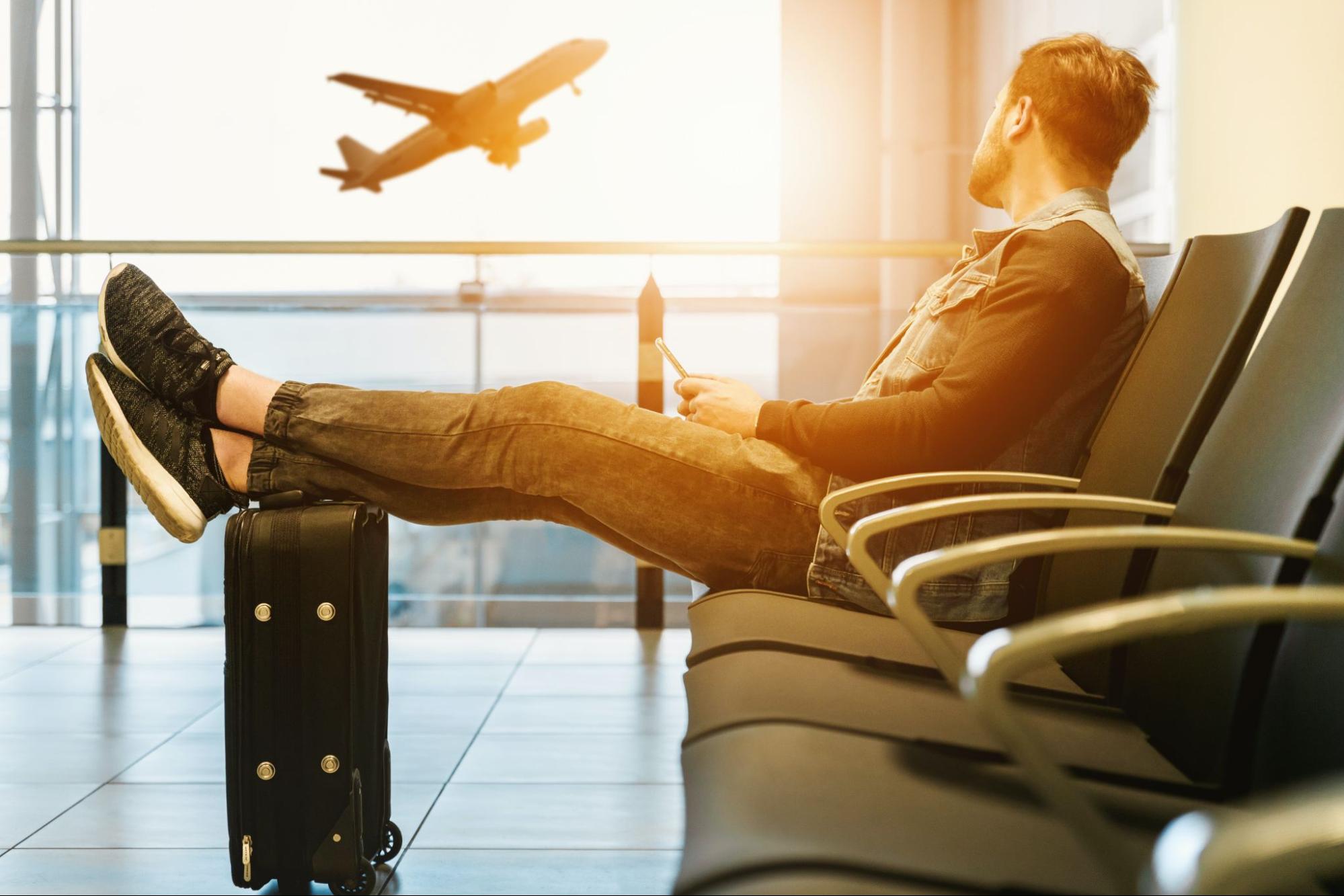 For Access Global Group, your satisfaction is our number one priority. Our unique project methodology of customer centricity allows us to provide intuitive solutions that are acutely catered to your organization’s needs. As your premier Summit Salesforce Partners and Consulting Services/Managed Services experts with over 15 years in the industry, we’ll use our technical expertise to meet your unique needs and generate real change within your organization.

Don’t take our word for it – hear what our customers have to say on G2 and the Salesforce AppExchange!

Get the latest Salesforce news

Subscribe to get the latest Salesforce blogs, guides, industry reports, events, and all things Salesforce related!

To demonstrate confidence in our ability as Salesforce Partners, we’re offering you the a FREE Salesforce Organizational Assessment.